Introduction
Learn more about how the trends have changed in the past year. A detailed sight of video content creators and how their work comes viral. As a summary, we will give you tips to grow your presence.
Last Updated
February 25, 2020 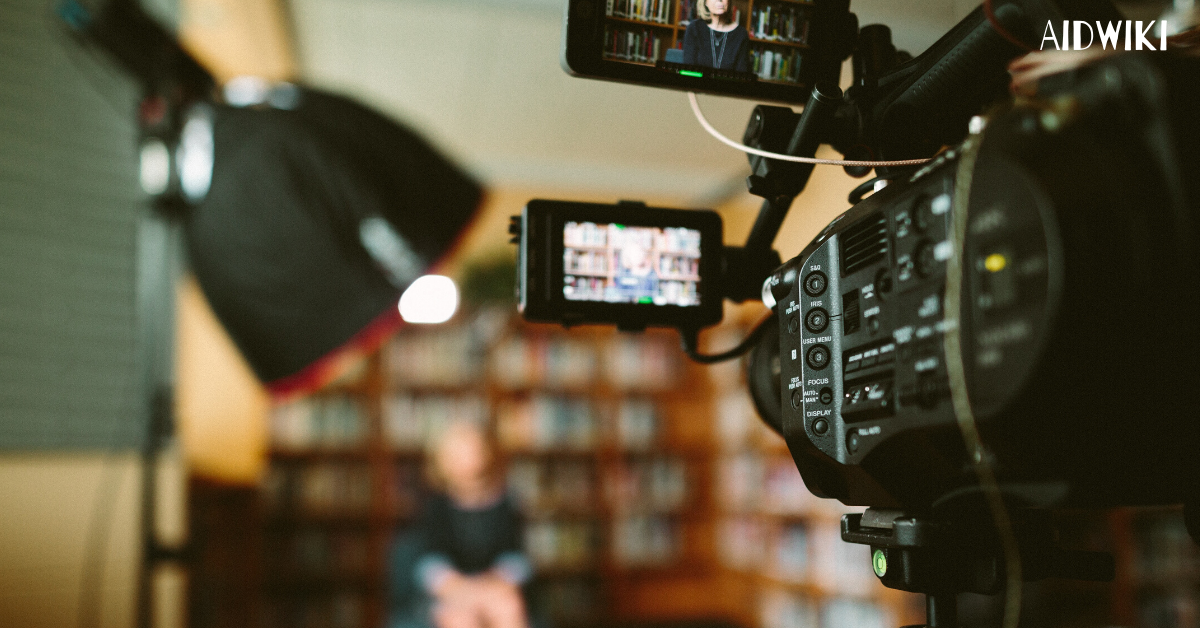 
As an introduction, our research is developed from AidWiki team. The conclusions that you can find in the following case study are about how the video content comes trending and the way of the monetizing. If you're a content creator, musician, or influencer, this article probably will help you to understand how video platforms change their environment.

Current research uses private data derived from YouTube Data API and has been processed from AidWiki. It's a subjective article, presented an expert point of view.

This case study summarizes the data measured and followed for a year (January 2019 to December 2019). The results are based on tracked 30 thousand channels and 200 thousand videos.

All data found in the article is approximated and anonymous. Our research could contain subjective theories and it's not a representative bunch of data (results may vary for other channels or videos) and shouldn't be accepted as final conclusion generalizing video platforms like YouTube.

We've studied how the channels perform month by month and their behavior (events) - frequency of uploading videos, how the videos perform in the first month, etc. In the end, AidWiki experts evaluated events and summarize an estimated forecast for each channel. This forecast may contain expert or psychological conclusions that not related with the statistical proportions.


Our survey shows a clear correlation with the number of views on video platforms and the season in which videos are posted.

Although the results vary, we can assume that in addition to seasonality, the popularity of videos is also influenced by the region they are targeting.

Examining the statistics of over 200,000 videos on a quarterly basis, we found the following patterns:


Let's take a closer look at the quarters.
Q1 (January-March)
Although this is the period when at least videos are uploaded, this is not the only reason for the decrease in the number of views. It is winter in part of the world and this slightly increases internet usage. Video consumption is not much different from the coming quarters. Because this quarter is characterized by low activity on publishing new content, most users are browsed old videos. Thus, we find that videos uploaded in previous quarters recorded a slight rise from 3% to 4.8%.

We believe that the lowest ad budgets in this quarter are the main reason why the number of videos uploaded is significantly rarely.

The first revival of the market begins in mid-late February. Then there is an increase in activity over the weekends and Friday. For comparison, weekdays (excluding Fridays) uploaded videos are 50% or about 12.50% per day. On Friday, Saturday has been uploaded 44% of weekly videos (22%/daily). Sunday is the worst day of the week - only 6% of uploaded videos.

A sporadic increase was observed in March. We recognize that some of the most-watched videos are being released this month. Although the market is not yet sufficiently flexible, activity is increasing markedly.

Q2 (April-June)
This is the quarter where the videos that last the longest as a trend emerge. This quarter is performing quite well compared to the last quarter and the number of videos published increase. This may be explained by the approaching summer months. In addition, most advertisers have already budgeted for the coming quarters. Still, Friday and Saturday are preferred days for uploading.

Q3 (July-September)
Usually during this period, especially in August, stagnation is observed. Hotel and travel agencies have already filled their capacity in the summer months and this leads to lower investment. Believe it or not, 39% of advertisers belong to these industries. The statistics are calculated from an AidWiki analysis of Google Adsense advertisers.

Q4 (October-December)
Advertisers prefer to be cautious until the last quarter. At the end of the year, they have a notable amount of unused funds. It is estimated that 38% of annual budgets are spent in the last quarter due to Christmas and New Year holidays, Black Friday and more.

Day Of The Week Comparison


As you can see, Friday is the preferred day for uploading new videos. Interesting facts are that Sunday is the worst day in Q1 and Q2. In the next quarters, it evens out, even surpassing some of the weekdays.


Another important factor is the niche the video is intended for. For example, music videos are clearly different from vlogger videos. For the purposes of this study, we will look at these two types of videos.

The number of video views
Music videos generate an average of between 2 million and 200 million views, varying by region and channel. While vlogger videos reach between 50,000 views and 2 million average. Of course, the data may differ or go beyond these intervals, but this is Aidwiki's aggregated data.

Who wins more?
As you can see, vlog channels or niche content channels generate a smaller number of views but catch up with the number of videos. Thus, if they averaged 500,000 video views and averaged 32 per year, their content generated 16 million views.

On the other hand are the music channels, which have only 8 uploads a year and an average of 75 million views per video. As you can see the differences are huge. Of course, many artists generate views far below 75 million.

Special content may be better paid. The reason for this is that most influencers rely on sponsors besides the traditional ads placed around, over and in-video stream. This means that if a vlogger receives an average of $ 3,000 ($ 3 RPM) from Google Adsense for 100,000 views, it can virtually increase that amount with additional sponsorships.

In most cases, music videos also contain references to brands, but they usually bear some of the cost of making the video.

The costs of the vloggers are insignificant
In practice, vloggers do not invest in the production of every video, unless they make extremely niche content that requires additional processing (editing as well) or a creative team.
Therefore, the revenue of the vlogger model can be considered a profit, while music videos must cover the costs incurred at the beginning.

AidWiki report shows a budget video in the US could reach $ 1 million. By contrast, Bulgaria, located in Eastern Europe, offers a video producing for only $ 5,000, with exceptionally good features such as sound, video quality, or even scenario.

Different niches earn different amounts
Coming out of the commercial genre - music videos and vlogging, if you are dealing with a specific niche, such as

nutrition video content, this will earn you much more paying advertisers and a far higher RPM than a channel that uploading videos on general topics.

According to our study, Adsense will provide you at times higher RPM for health-related videos than if you publish a lifestyle content. Of course, the cost of 1000 impressions (CPM) may vary by geolocation of the audience watching your videos.


We were unable to find a correlation between publishing day or season with likes or dislikes received.

The averaged data show a relation between the number of likes and the views received. That way, typically about 1% of viewers hit the like button. This statistic varies by channel, user habits, degree of user awareness of YouTube. In some countries, the video platform is not widespread.

The number of views is influenced by a number of factors, which may be in addition to the above but also incorrect upload settings and so on.

Trending charts
Increasingly, trend charts are a subject of interest from viewers. Videos that were trending in a country receive an average of 25% more views while they are on the top. It is also noted that despite the first place in the list of trending videos, it is possible that they may not record significant success. In some cases, the top place in weak quarters may not bring as many views as in one of the strong quarters. Keep in mind that in the weak quarter, the number of competing videos for the trending page is much smaller. Therefore, it is easier to atop a trending chart.

Here's how we can summarize the data we've researched:

Most users are interested in the first five positions because they know that the next videos have already been in the top 5.

Fan Videos
Because YouTube has recently allowed videos uploaded by fans who do not own it, linking it to Content ID, we think that will hurt the reach of the official source of the video. No matter, YouTube monetizes those fan videos, placing ads that are in favor of the original content owner.

Unfortunately, we believe these fan videos could injury the final results of the video content split to views into multiple uploaded sources, but with the same content. In the end, the main video fails to gain enough speed for trending or lags behind its clones coming from fan uploads.

We have studied such videos and found that YouTube's algorithm tends to automatically offer fan videos in 16% of cases. When a user watches one video from a fan channel, other videos from the same fan channel start being suggested (and played) automatically. Thus, fan videos accumulate an average of 22% of official video views. In some cases, the percentage reaches an impressive 45%.


If you want to reach higher goals, you need to determine the niche of your content and which geo-region it targets.

Always keep in mind the seasonality of YouTube. Bet on high-quality and commercial videos in the active quarters, and leave content that may not get enough views in the first quarter of the year. At that time, advertisers were much economical as they had not yet delegated their annual budgets.

Always keep in mind that a video performs best in the first 24 hours, and it depends on whether it will retain its views for a longer period.

The life of music videos is longer than that of strictly targeted niche videos or vlogs. This is why most vlogs have a large number of views in the first 24 hours. They are exclusive content that viewers would like to watch immediately. It will be out of date in a few days. It's the same when someone prefers to not watching a sports show after the live performance (for example, video on demand/ recorded).

When vlog-video goes into trending, it could continue to gain consistent views for several weeks.

On the other hand, YouTube's algorithm understands by tag and category whether a video is music and automatically suggests it. This allows the video to hold its views for months, even years. In addition, each song becomes a separate product, even a brand. Viewers are more often looking for a song name than a vlog title, right?

How much does YouTube pay for fan video revenue?