What Is A Guest Marriage And To Whom It Will Suit

Introduction
Such a relationship can be an outlet for those who value personal space and do not plan children.
Last Updated
June 06, 2020 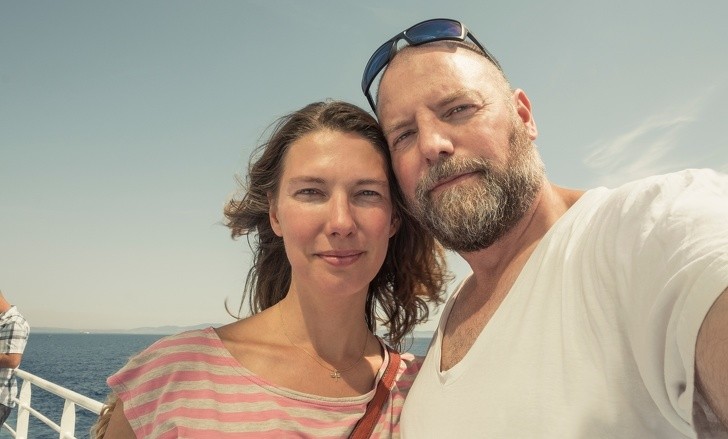 
We met, fell in love, started dating, moved in, got married. About this scheme develops most long-term relationships. But it also happens that from this sequence falls cohabitation and people prefer a guest marriage. We understand what it is and who it can suit.

What are the features of a guest marriage?

Guest marriage is not synonymous with free relationships. It is implied that partners, although they sleep in different beds, but remain faithful to each other and do not look for connections on the side. It is a conscious and voluntary choice. Situations where, for example, a husband goes on a long voyage or goes to work on a watch method, and the wife is forced to wait for him "on the shore", guest marriage is not considered. It's more of a long-distance relationship. Such a marriage can be officially registered, but it is not necessary.

Why people choose a guest marriage


They value their comfort and don't want to give it up.

This applies to money, life, and the established rhythm of life. A person is completely satisfied with the way he lives: his apartment, his income, his work, the way he spends his free time. And he doesn't want to change anything. But at the same time he wants a permanent and monogamous relationship with a reliable and close-spirited partner.

They don't want to rub on another person.

For example, to tolerate his mood swings. Consider his habits and schedule. Agree with him their plans.

They need a lot of personal space.

If people live in the same house, they meet every night and spend at least a couple of hours together. Some of this is not enough and want to be with a loved one even longer. But there are those who need solitude, rest and peace. Or, on the contrary, he leads an active social life: he goes to courses, meets with friends, engages in sports and various hobbies. And in this life, the permanent partner is not so much space.

They live in several cities

Or even countries. It may be that people build a successful career in different locations and none of them plans to sacrifice this career. But at the same time both want to be a couple - and consciously choose to live apart and rare meetings, when the schedules coincide.

I've been married officially for almost 20 years. Everything is traditional: engagement, wedding, common apartment, children. After the divorce for a long time could not find the right person and has already got used to the idea that the meeting old age alone. And then I met a man I liked. We quickly realized that the two of us we're doing well and we wanted to go through life together.

But here's the catch: I've forgotten what it's like to live with another person, let him into my life and my home, get used to it. I have been living alone for a long time, and I like it: well, calmly, around purity, all things lie exactly the way I put them. And I realized that I do not want to change these and many other habits, to tolerate next to another person with all his features, flaws, sounds, smells.

I plucked up the courage to express these thoughts to my man. To my great happiness, he understood everything and, as it turned out, held almost the same views. So we got married, but we decided that we would live with everyone. And we are completely satisfied with this format. We meet two to three times a week, sometimes we visit each other, sometimes to the cinema, restaurant or theater. We support each other, if necessary, talk a lot, come to help. At the same time, our budget is separate, in other matters - such as life, habits, leisure - we also try not to get involved and not impose anything.

It may even seem like the perfect form of relationships. But there are pitfalls.

What difficulties will have to face


Lack of personal communication can lead to conflicts

If people are under the same roof, they have the opportunity to discuss the conflict situation, look at each other in the eye, hug. When they communicate mostly on the phone, all they have to do his voice. And even a chain of letters and emoji - if the interaction takes place in the messenger. Such reduced communication can lead to misunderstanding or even exacerbate conflict: it is more difficult to count a person's emotions and understand his intentions.

People will miss the support

A man came home upset and tired. And he wants someone to pour hot tea, comfort, take "on the pens." And no one's home. If the partner does not live very far, he can be asked to come, but it will take some time. So people in a guest marriage can be lonely. And it's like a long-distance relationship.

It is almost impossible to raise children

Couples who don't plan to become parents or, say, have already released adult offspring from their nest and live for themselves, a guest marriage can come up. But families with children - not very. First, it is difficult to care for a child alone, both physically and mentally. And secondly, it is not clear how to organize life and how the endless change of parents can affect the development of the baby.

There is a high probability of encountering misunderstanding of loved ones

This form of relationship is still quite unusual for most. In people's minds, being a strong couple means living together - and no other way. Therefore, those who decided to break this stereotype can be sprinkled with a million questions, reproaches, and caustic comments. If you open a discussion of guest marriage on social networks or other venues, you can see that people consider it something immoral or infantile, often confused with open relationships.

In any case, it is necessary to focus on yourself and your feelings, and not on the opinion of others. If you want to try this form of relationship - why not. But if you are not satisfied with many moments - then the guest marriage is not suitable for you.