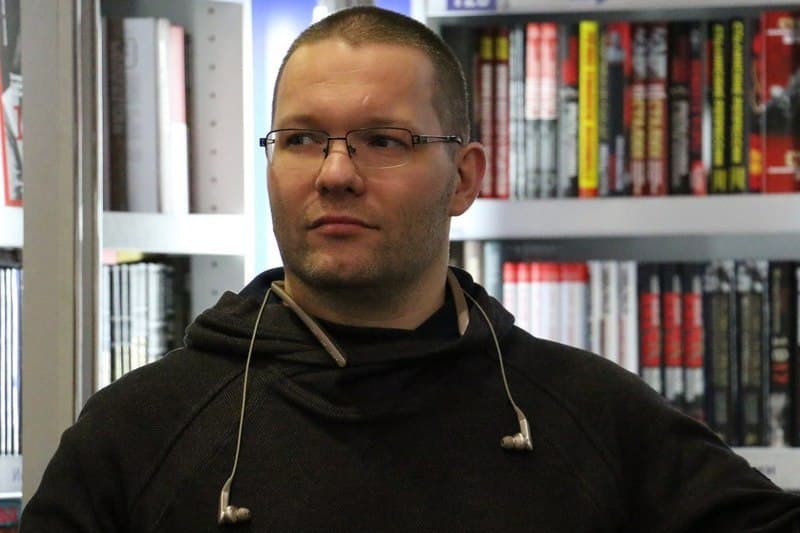 In the 2010s, a new genre of books was born in Russia - the literary RPG, or litRPG. The combination of fantasy elements with computer role-playing games (Role-Playing Game, RPG) has been enjoyed by many gamers, including Vasily Makhanenko. The worlds of his works, such as Barlion, are built according to the laws of World of Warcraft.

Vasily Mikhailovich Makhanenko was born on April 20, 1981 in the village of Tomarovka, Belgorod Region. The first 17 years of the future writer passed here. After leaving school, he moved to the regional center and entered the Faculty of Physics and Mathematics at Belgorod State University. Received a diploma of higher professional education in 2004.

In his youth, Vasily Makhanenko played for the KVN student team, was elected to the youth government of the Belgorod region. He was seriously interested in computer games. His first and most faithful love is World of Warcraft, a multiplayer role-playing game. In the early 2000s, when Vasily was just studying fantasy worlds, he did not know how tightly his biography would be intertwined with RPG.

Makhanenko's acquaintance with litRPG began with Dam Mikhailov's cycle "The Rule of the Sleepless Clan" According to the author, after reading it, he wanted to create a game that he himself would play with pleasure, "enough to captivate with his head, to make him devote more than an hour of his life."

This is how the series about the Shaman appeared. The main character lives in the world of Barliona - a virtual space based on World of Warcraft. The laws are the same as in RPGs, except that the players feel no pain.

Makhanenko posted the first pages of his debut novel "The Way of the Shaman" in the Internet magazine "Samizdat". He expected a flurry of criticism that would make him forget about the craft of writing, and received millions of reads and calls to continue the story.

The Alfa Kniga publishing house drew attention to the top author. It offered Makhanenko to produce 10 thousand copies, 7 rubles each. per book (minus interest). In total, for the first edition, Vasily received about 61 thousand rubles.

A modest income did not make Makhanenko quit writing. Gradually, 7 novels about the Shaman were born (the last one - “The Search for the Creator” - was given to the author especially hard due to the lack of ideas), the cycles “The Dark Paladin” and “Project Galaktion”, which opens the book “Galaktion. Beginning of the game". There are also stories in Sergei's bibliography, one way or another connected with the worlds invented by him.

The financial component is the main reason why Makhanenko does not leave his main job in the IT field and does not devote himself entirely to creativity. According to the author, in order to receive tolerable fees, one needs to enter the world market. Therefore, now Vasily is translating books into English. The process takes a lot of money, emotions and energy, but the writer intends to acquaint foreigners with his work.

By the way, abroad with litRPGs are not familiar. It was Russian authors who opened a new genre to foreigners. Among gamers from Germany, America, Great Britain, works by Russians are immensely popular.

Sometimes Vasily Makhanenko has creative crises, and in order to overcome them, the author goes headlong into World of Warcraft. He says that this does not interfere with his personal life, because the playing time comes when his wife Marina and the children go to bed. Judging by the photos on social networks, Vasily and his wife are raising a girl (older) and a boy (younger).

Marina does not read her husband's books - she is afraid not to hold back criticism.

The writer continued his story about the world of Barliona with the Invasion cycle. The first novel "Second Chance" was released in 2019. Now readers are enjoying the third and final, according to the original idea of ​​Sergei Makhanenko, part of "Galaktion" - "Check for a Billion". Both books exist so far only in the Internet version.

In the coming months, fans of litRPG hope to receive from Makhanenko the 4th part of the Dark Paladin trilogy, although the cycle was originally conceived as a trilogy.

Cycle "The Way of the Shaman":

It is an overall forecast for the net worth of Vasiliy Makhanenko. The evaluation covers the latest 5 years and an approximation for next year. See above to learn how much money does Vasiliy Makhanenko makes a year.

The range above shows an estimation based on evaluation generated by public information about sponsorships or other sources found on the internet. It's summarized data from Vasiliy Makhanenko's projects existing in AidWiki's repository. It's an approximation of the revenue compiled by AidWiki and may not correspond with the real amount.