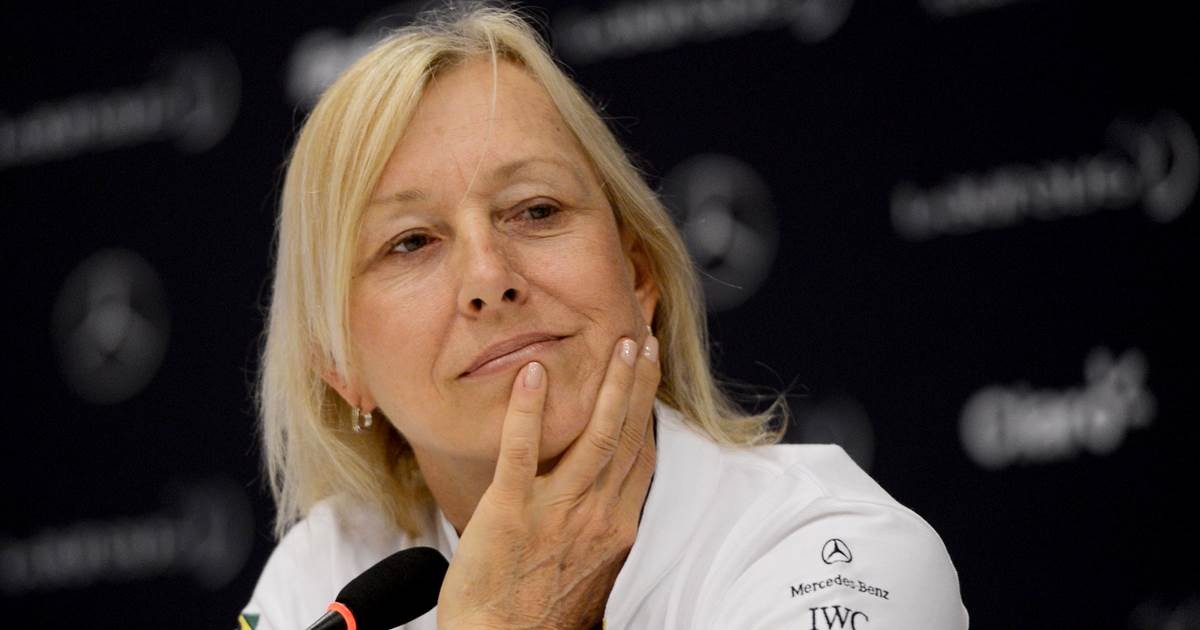 
Books and films have been written about the biography of Martina Navratilova. In addition to sports achievements, the woman is known for a stormy personal life, negative statements about communism and the victory over cancer.


The future tennis legend was born in the capital of socialist Czechoslovakia in October 1956. Martina's parents, Miroslav Schubert and Yana Schubertova, worked as ski instructors. However, the girl's mother in her youth was engaged in gymnastics and tennis, and her maternal grandmother - Agnes Semanskaya - at the peak of her career was the number 2 racket in the Czech Republic.

It was Mrs. Agnes who took care of the granddaughter when the baby's parents parted. At 4 years old, her grandmother took her to the tennis section. The first coach of the young talent - Miroslav Navratil - fell in love with her mother at first sight and later became the stepfather of the athlete, who gave her his last name.

When they was young - Tennis champions Martina Navratilova, age 19, 1975

At the age of 9, the girl began to train under the guidance of Jiri Parma, and at the age of 15 she won the Czechoslovak championship. The years of her youth coincided with the suppression of the Prague Spring by the Soviet tank units. The stagnation that descended on her native country, Martina's awareness of her homosexual orientation, the greed of the Czechoslovak sports committee, which appropriated royalties for victories at international tournaments, prompted Navratilova to emigrate.

In September 1975, the girl, who took 2 second places in a prestigious competition, turned to the New York Migration Service. A month later, the athlete was given a residence permit in the United States. She received American citizenship only in 1981. To the credit of the Czechoslovak authorities, the tennis player's relatives who remained on the banks of the Vltava were not repressed.


Navratilova still has a negative attitude towards communist ideas, and the Americans, who in the late 70s of the XX century campaigned for socialism, were advised by the athlete to move to the Warsaw Pact countries. In the US elections, Martina consistently votes for the Democratic Party and does not support Republicans.

For a long time, the woman was a vegetarian, but in 2006 she admitted that she started eating fish, because she felt a lack of protein in the body. The tennis player is more stable in sexual preferences than in culinary preferences. Navratilova likes only the representatives of the same sex.

Martina first revealed that she is a lesbian in 1981 in an interview with reporter Steve Goldstein. Among the celebrity's most high-profile connections are romances with former lover Fannie Flag (writer Rita Mae Brown), prose lady Judy Nelson, who described this love story in several books, and golfer Sandra Henie.

There were rumors about an affair with Svetlana Kuznetsova. But the Russian tennis player, refuting the gossip, claims that she was just playing in tandem with Navratilova. The tandem of Svetlana and Martina in 2003 won doubles trophies at tournaments in Adelaide, Australia, Dubai and Rome.

Martina treated most of the girls who were in her arms as disposable sanitary napkins. “I used it and threw it away,” said the athlete about her partners.

The woman found family happiness with the former finalist of the Moscow Beauty contest, Yulia Lemigova, whom she “married” in December 2014 after 7 years of relationship. A photo of how a lover, standing on one knee, proposes to Julia at one of the Grand Slam tournaments, has spread all over the world media.

Before the engagement, Yulia helped the athlete survive the treatment of a malignant breast tumor. Navratilova treats Lemigova's children - two adorable girls from different fathers - as if they were family.

Martina is 173 cm tall and weighs 65 kg. In recent years, the athlete rarely acts in a swimsuit.

The lady has an Instagram, which is dominated by pictures of pets and photos of porcini mushrooms, unusual for Americans. On her Twitter page, Navratilova publishes reposts of the texts that interested her, whether it be a report about the adoption by a lioness of a leopard kitten or, as in February 2020, an analytical article about Vladimir Putin as a master of manipulation.


During her 30-year professional tennis career, the champion has won 177 doubles competitions and 167 singles competitions. These results make Martina the absolute record holder for both women and men.

Navratilova's working hand is left. A native of Prague, she pioneered the use of the fly-on-the-fly technique in women's sports, and pioneered women's power tennis.

November 13, 1988 📆 Martina Navratilova plays Chris Evert in their 80th and final professional match in the Greatest Rivalry in sports!

Chris Evert and Andrea Yeager, Gana Mandlikova and Helena Sukova, Steffi Graf and Zina Garrison are among those who snatched Martin's victory in the Grand Slam finals. In 2006, a woman became the oldest athlete to win the US Open in mixed doubles. In the same year, the 50-year-old tennis player announced her retirement.


In the first half of 2019, Martina found herself at the epicenter of a scandal over the rights of transgender women in sports. In February, she called it fraudulent to compete with transgender athletes who excel in physical strength.

In March, the US LGBT community described Navratilova's remark as containing a tinge of transphobia. The star was forced to apologize. In June 2019, the BBC aired a program in which a woman interviewed transgender athletes and listened to opposing points of view on the problem.

Navratilova's statistics are still a scale for measuring the achievements of other tennis players. In 2019, Serena Williams surpassed Martina's oldest record as a finalist at Wimbledon by 33 days.

Let's check, How Rich is Martina Navratilova in 2020 ?

The range above shows an estimation based on evaluation generated by public information about sponsorships or other sources found on the internet. It's summarized data from Martina Navratilova's projects existing in AidWiki's repository. It's an approximation of the revenue compiled by AidWiki and may not correspond with the real amount.