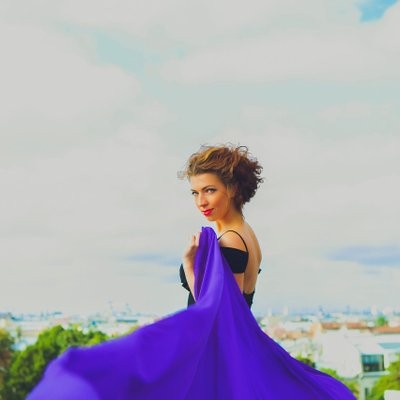 Now, along with bookstores on the Internet, there are many literary sites on which aspiring authors publish poems, stories and novels. It is there that lovers of Russian fantasy can find the texts of the works of Margarita Blinova, who entered the world of women writers thanks to the humorous cycles "Hard Days" and "Academy of Magic".

There is very little information about the early biography of the writer Margarita Blinova, but official sources indicate that she was born on December 23, 1988, near a Soviet air defense training ground in Kazakhstan and spent her childhood in the closed city of Emba-5.

In 1996, the girl's parents moved to Russia and settled on the banks of the Volga, and their daughter entered the Tver State University. Choosing psychology and social work as her future profession, Margarita received a specialist diploma in 2006, and soon after that her life was connected with the capital, where there were many opportunities for young people.

In 2014, on the literary portal "Samizdat" Blinova posted a micro-story "Boy and the Stars" and tried to answer the question of why the sky became dark. And then the work “Rrr! Or is it funny to try to marry a witch! ”, Written in the genre of humorous fantasy, but judging by the reviews and comments, it was not so funny to read.

Therefore, Margarita followed the path of dozens of novice Russian authors and, borrowing a plot from "Harry Potter" by J.K. Rowling, wrote the novel "It's funny to be a student", which became the third part of "Hard days", and then released "It's hard to be a student" and "Dangerous to be a student ”, which chronologically opened the whole cycle.

In works where the writing skills were at an intermediate level, Blinova told the story of Angelinka, who had unusual abilities and attended the University of Magic and Divination, and tried to depict in a funny way situations related to studies and the intervention of dark forces. As a result, thanks to the interest of picky readers, the books received sponsorship and were published by the Eksmo publishing house in 2016.

This result inspired Margarita to further work, and soon the Demon dilogy appeared on the Internet. This time, werewolves who acted on the pages of "Confrontation" and "Loner" became the heroes of the story.

Despite the fact that these books turned out to be unfinished and left many unspoken plot lines and hints, the author wished to be printed on paper, and soon they were published in a small edition in the fantastic series "Love and Magic".

In 2017, Blinova continued experimenting with themes and wrote the dilogy "Popadanka Masha", in the novels "The Exchange Bride" and "Catching Up with the Bride" she drew fairy-tale worlds with irony.

Then in the work of the writer there was a period of creative search, during which an attempt was made to finish the frozen novels "Fifteen Days of the Contract" and "A Place for the Unconquered", and in 2018 her bibliography was replenished with books from the series "The Faculty of Closed Knowledge" and the work of the cycle "Where is it monster, or go all the forest. "

It is known that Margarita Blinova is married, but there are no details about family and personal life anywhere. She uses Instagram and other social networks for self-promotion and communication with readers.

Each subscriber can leave a comment on the book cover photo or ask the author a professional question.

In 2019, Blinova published the novel "Harpy at the Academy" and drafts of the following stories from the cycle "Where is this monster, or all go through the forest."

Now, judging by the messages published on the page in "VKontakte", the writer follows the recommendations from the book by Scott Steve and Hal Elrod "Magic of the Morning" and from 7.00 to 9.00 is trying to create. According to her, the work on quotations for the work "Student Weekdays, or On a Campaign for Adventures" and the new novel "War for the Witch's Inheritance" are coming to an end.

Cycle "Where is this monster, or all go through the forest"

It is an overall forecast for the net worth of Margarita Blinova. The evaluation covers the latest 5 years and an approximation for next year. See above to learn how much money does Margarita Blinova makes a year.

The range above shows an estimation based on evaluation generated by public information about sponsorships or other sources found on the internet. It's summarized data from Margarita Blinova's projects existing in AidWiki's repository. It's an approximation of the revenue compiled by AidWiki and may not correspond with the real amount.