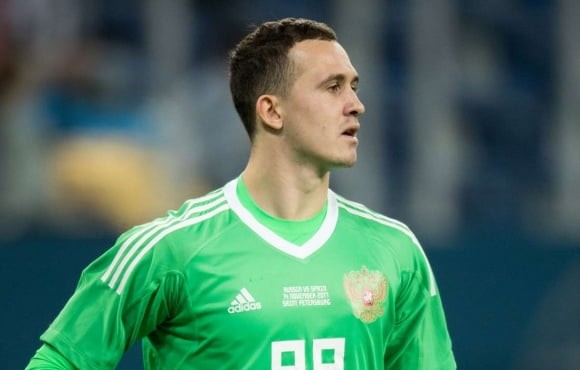 A sports biography, as they say, "on a grand scale" began with Andrey Lunev in 2010. During this time, the footballer has grown to a responsible post at the gates of one of the best Russian football clubs - St. Petersburg Zenit, and in the 2016/2017 season he was awarded the title of the main opening of the national team, and not only among goalkeepers.

The goalkeeper was considered the first number of the Russian national team when Igor Akinfeev announced his retirement. Competition to Lunev was made by Anton Shunin and Marinato Guilherme, a Brazilian by nationality. Alas, the statistics did not play in favor of the Zenit player.

Andrey was born in November 1991 in the capital of Russia. The boy's childhood was ordinary, with the only difference that he went to a sports school, where he frantically drove mini-football. A friend's father helped to get to the trainings of the Dina team, which was one of the elite of the world mini-football. Later, with his comrades, Lunev began to attend classes at the Torpedo youth football school.

As Andrey later admitted in an interview, at the age of 10 he was faced with a choice - mini-football or big. I stopped at the latter, but I was worried that I would not have time to grow up. It inspired confidence that Lunev's parents were tall, and over time the problem was resolved. Now the height and weight of the Zenith goalkeeper are 189 cm and 80 kg, respectively.

After 3 years, the teenager was included in the backup "Torpedo". But a year later, the club was expelled from the Premier League, and the double was disbanded. In 2009, "Torpedo" returned the status of a professional team, began to play in the second league. At this time, Lunev, in his own words, "caught the star" when he began to receive a solid salary for a young football player. The money quickly ran out, and Andrey learned a lesson for himself:

And then the goalkeeper was practically left without a team, they stopped betting him on matches and more often just gave him on loan. So, in the 2011/2012 season, Lunev played for Istra near Moscow, a year later he stood at the gates of Kaluga. I was thinking about the Volga from Nizhny Novgorod, but the injury let me down. The player returned to Torpedo, and the head coach, not only does not declare him at the base, he does not even give out his uniform and advises him to look for another place on his own.

The goalkeeper had to deal with the backup team in what he brought from home. At the same time, Andrei turned to the Control and Disciplinary Committee, “knocked out” the status of a free agent and in the middle of the season left for the amateur league.

It is difficult to imagine, but in 2015, Andrey intended to leave professional sports, and this is due to financial problems. After finally leaving Torpedo, the goalkeeper signed a contract with Saturn. For the club from Ramenskoye, Lunev played for only six months, played 4 matches and all this time was sitting without a salary. The footballer already had a family, a lot of loans, banks and collectors began to harass. Of course, I didn't have to starve - my parents helped, but life was hard then, Andrei said.

And then the option turned up to change the club to "Ufa" or "Tom", intuition prompted Andrey to accept the offer of Igor Kolyvanov's team. The footballer was not frightened by the fact that, as sports commentators inadvertently expressed, in Ufa, Lunev risked being in the position of the fourth goalkeeper, which did not give guarantees of often entering the field.

For the team, the goalkeeper defended 16 matches in the youth championship. Soon he moved to the main team, in which he played 10 matches. But Andrey was not considered promising for a long time, until in September 2016 Ufa finished the game dry against Krasnodar, and then came to zero in meetings with the titled Anji, Lokomotiv and Spartak. Around the goalkeeper of the "townspeople" there was such a fuss that coach Viktor Goncharenko forbade Lunev to give interviews so that the ward would not lose concentration.

Viktor Mikhailovich Andrei considers the best of the coaches, at least from those with whom he had a chance to play. Under him there was a friendly atmosphere in Ufa, no one was offended by anyone. Goncharenko, if he kicked the player out of training, it was only if the settings were not met. According to Lunev, the mentor knew how to calm down and tune in to success, even injuries, in his opinion, "come from the head" when a football player thinks about an outsider.

At the end of 2016, Andrey signed a 4.5-year contract with Zenit St. Petersburg. The deal between Ufa and the blue-white-blues was called successful: the amount of compensation for the goalkeeper was € 3.5 million. At a press conference, the player said that it is difficult to leave the team that has become home, but when fate gives a chance to move to the leading club of the country, it's a sin not to use it.

Almost simultaneously with the departure of the goalkeeper, the top leadership changed in Ufa. The five-time champion of Russia Sergei Semak took the helm, leaving the post of assistant to Luciano Spalletti and temporary duties of the head coach in the same Zenit.

Lovers of statistics have calculated that in 2 years spent on the banks of the Neva, the footballer played in 55 matches, of which he survived to zero in 28. In the playoffs of the 2017/2018 Europa League against the German RB Leipzig, Timo Werner pulled out a penalty. The next season, in the game with the Czech Slavia, he put on one of the brightest shows - withstood 11 hits on the goal he defended. The enemy won by episodes, and Zenit would not have seen 3 points if Daler Kuzyaev and Alexander Kokorin had not entered the field.

In the Eurocup, Zenit went to the 1/8 finals, and finished the 2018/2019 season with the winners of the national championship. The goalkeeper became the third club record holder in terms of the number of minutes spent on the field (2610), inferior in this indicator to former colleagues Andrei Arshavin and Mikhail Biryukov. Lunev was critical of his own contribution:

In another interview, Andrei made it clear that he hopes to enter the field in the official matches of the 2018 World Cup. When asked what will happen after Zenit, he replied that he would like to play in clubs in Spain, England or Germany.

Andrey met his wife Diana on vacation in Egypt, when he was playing for Torpedo. Young people corresponded on social networks for a long time, went to visit each other: the goalkeeper lived in Moscow, Diana - in Ufa. In the next, already joint vacation in the Dominican Republic, the footballer made an offer to his girlfriend, but the spouses turned this moment from their personal life into a family secret and did not share it with anyone.

The couple got married in 2016. Lunev’s Instagram posted only a modest collage of wedding photographs. After the 2018 World Cup, when colleagues' pages were gaining millions of subscribers, the goalkeeper deleted his personal account.

According to Andrey, all the qualities that he was looking for in his second half were combined in his wife: economy, beauty, intelligence. Diana is a therapist studying in a residency specializing in functional diagnostics.

Diana's husband conquered, according to her, a feat, expressed in the fact that he flew in from Moscow every weekend. In addition, Andrei created all the conditions around her to feel calm and confident. The girl was the only one who spoke out against Andrey's move to St. Petersburg, especially since Lunev could choose between Zenit and Krasnodar. Diana wanted to live where it is warmer, but the couple chose the place where to live in the Northern capital together.

The high life of the Lunev family does not attract. When Andrey signed a contract with Zenit, he understood that he was expecting a surge of attention, and was a little afraid of this, he just wanted to work quietly. He considers shooting for fashion magazines a waste of time, the main thing is to be needed by the national team and the club, and the fact that he now plays in such teams does not at all mean participation in public events. Football is still in the first place for the Zenit goalkeeper, and he hopes that Diana is in solidarity with him in this.

Andrey likes to play virtual hockey or tennis in his spare time, he is a fan of Roger Federer. She dreams of visiting the USA, because “it's cool there, there is NHL, NBA”. Among his colleagues, Lunev considers his colleague Sergei Ryzhikov to be a model. The couple had not yet acquired children, the goalkeeper said that he would like a first-born son, or even better, that twins were born - a boy and a girl at once.

The Zenit goalkeeper was included in the extended squad of the national team, announced to participate in the 2018 FIFA World Cup. But Andrey spent the tournament on the bench, perhaps the coaching staff decided not to risk a player who had received a concussion in a friendly match with the Spaniards shortly before the competition.

Nevertheless, he witnessed the incredible success of the national team and believes that the emotions and fan love presented by the world championship must be preserved. The team, starting with the players and ending with the chefs, acted as a single whole, with full dedication, “the hand of the coach made its contribution,” because this particular team gave the best result in history.

Lunev himself allocated a penalty kicked back by Igor Akinfeev in the match with Spain and a goal by Mario Fernandez against Croatia.

Stanislav Cherchesov called 4 goalkeepers to the qualifying matches of Euro 2020: Sergey Pesyakov from Rostov joined Lunev, Shunin and Guilherme. So the head coach insured himself against injuries so that he did not have to look for a replacement in an emergency. In the games with Belgium, Kazakhstan and San Marino, the goal of the Russian team was again defended by a naturalized Brazilian, Andrei remained in reserve.

Honored Master of Sports of Russia

As part of Zenit

It is an overall forecast for the net worth of Andrey Lunev. The evaluation covers the latest 5 years and an approximation for next year. See above to learn how much money does Andrey Lunev makes a year.

The range above shows an estimation based on evaluation generated by public information about sponsorships or other sources found on the internet. It's summarized data from Andrey Lunev's projects existing in AidWiki's repository. It's an approximation of the revenue compiled by AidWiki and may not correspond with the real amount. 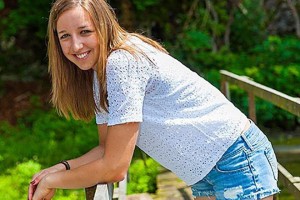 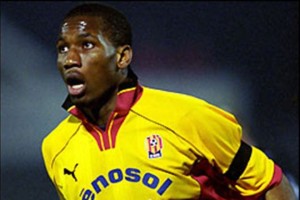 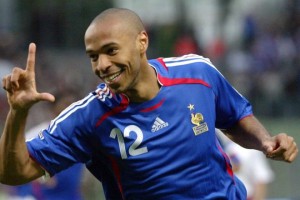 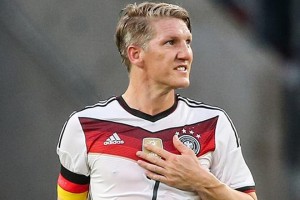 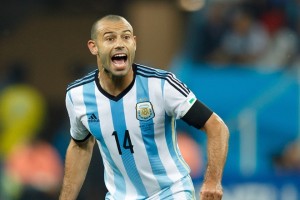 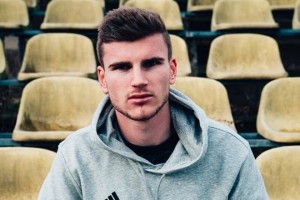 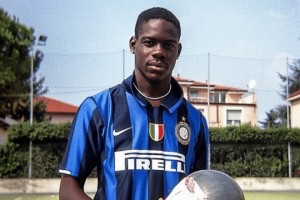 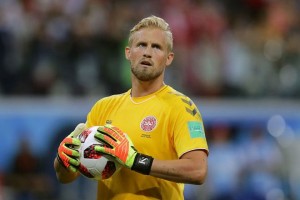