10 Unexpected Reasons Why You're Itching

Introduction
Even a mild itch can signal serious health problems. Most often, the skin itching has quite an obvious cause. You may have been bitten by mosquitoes (mosquitoes, lice, bed bugs, or beach beds). Or you've eaten strawberries, which you always have a rash for, and hello, familiar allergic scratching. Or maybe you have dermatitis, and then the itching is accompanied by redness, flaking, or thickening of the affected areas of the skin.
Last Updated
May 27, 2020 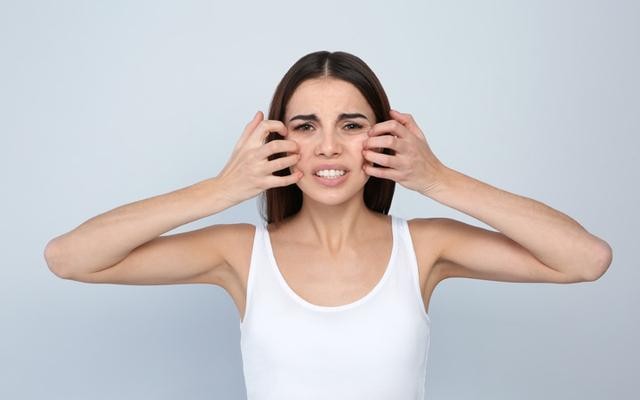 
But sometimes it happens that day after day you itch, and why - it is unclear. In this case, itching, whatever part of the body it affects, maybe the first symptom of very unpleasant disease. And it would be worth not blinking them.

When to see a doctor

lasts longer than two weeks and does not go away despite the fact that you are trying to actively care for the skin and avoid possible allergen products; so intense that it makes you comb even in public places or interferes with sleep; manifests itself in sudden fits; affects the whole body, not limited to individual areas; accompanied by other physiological changes - weakness and rapid fatigue, weight loss, fever (even insignificant), increased urges to urinate, constipation or diarrhea.

Even one of the above symptoms is already a serious reason to consult a doctor. A medic can help you figure out exactly what's going on with your skin. Maybe it's not her.

Why do you itch


Doctors do not hide: it is not always possible to establish what caused the itching. However, such cases are rare. Much more common causes

A side effect of taking certain medications

This itching is often accompanied by skin reactions, such as redness or rashes. But in some cases, the skin all over the body just itches. In such side effects are seen:

Some drugs to treat hypertension; Gout products such as allopurinol; estrogen drugs are the same oral contraceptives; amiodarone is a drug prescribed for cardiac arrhythmia; prescription opioid painkillers; simvastatin is a drug used to lower cholesterol.

Itching without rashes, especially if it is accompanied by tingling and the sensation of running goosebumps, can be an early symptom of the following diseases:

Suspect this reason can be because of the specific nature of itching: such people seem as if on their skin something or someone crawls. That's why they itch, often scratching the epidermis to the blood. Compulsive (obsessive) scratching can accompany such mental illnesses:

Depression; Anxiety disorders; obsessive-compulsive disorder; Psychosis; trichotillomania (an obsessive condition in which a person unknowingly pulls out the hair on his head or body).

Skin itching is one of the earliest and most characteristic symptoms of this disease.

Diseases and disorders in the liver

Itching in this case bind

If the kidneys do not work properly, then, in particular, in the epidermis formed nitrogen compounds. The body gets rid of them with sweat. But, remaining on the skin, such sweat causes irritation and itching.

Any malfunctions in the thyroid have an impact on metabolism. The result is often dry skin, which provokes itching.

Due to a lack of iron, the body cannot produce the required amount of red blood cells - red blood cells and the most important protein hemoglobin, which carries oxygen. This is how anemia develops. Pale and sometimes itchy skin is one of the symptoms of this disorder.

Unreasonable itching is a rare symptom of cancer. But it's possible. For example, it can make you itch polycythemia is a tumor process in the circulatory system; pancreatic cancer; Hodgkin's lymphoma.

Given the seriousness of these diseases, it is obvious: if you itch and do not understand why, it is important not to delay a visit to the therapist.

Perhaps your itch is just an allergic reaction to your favorite synthetic shirt or new laundry detergent. It will be enough to identify the allergen - and you will forget about scabies. But if we are talking about more unpleasant conditions, there is an important rule: the sooner you find the disease and start treatment, the more successful it will be. Therefore, as quickly as possible to deal with the causes of itching. It's in your best interest.